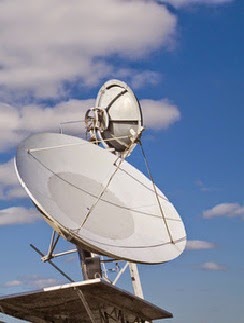 Information technology (IT) is said to be the processing of data and the distribution of information using computer hardware, software and telecommunication. It involves the storage, retrieval, transmission and also manipulation of data.

Information technology does not just involve computer networking and connections but also involves the distribution of information through a television and a telephone. So if you pick up your phone dial a friends number and pass information across, it is also information technology.
During the second world war a computer was developed to decrypt German’s messages, this computer was called Colossus and it has been said to be the first digital computer. It was programmable but it was made only for the decryption of messages. The first programmable computing machine was Zuse Z3.
DATA TRANSMISSION
Data transmission can be categorized into two which are: broadcasting and telecommunication. Broadcasting is the transmission of data or information without a specific direction just like in the televisions while telecommunication is the transmission of data with a specific direction just like with a telephone.
DATABASE

A database is a well arranged collection of data organized so as a computer program can easily select the needed part of the data. A typical example is the school database where student’s data are store and from the data stored, the date of birth of a student can be easily picked. Another example is the police database where a vehicle plate number can be typed in and all records on that very vehicle appear. And a person’s fingerprint can printout the entire data on the person.

Information technology also helps in the security of your information from hackers and you can also retrieve them when you’ve lost them an example of this is in the cloud storage.

IT also helps company workers to work on several works at the same time. This why in some banks one person can handle the depositors and as well the withdrawal at the same time.
DISADVANTAGES OF INFORMATION TECHNOLOGY
The most important disadvantage of information technology is the fact that it brings about lost of jobs as human that should be postmen who should post messages from one place to the other tends to be replaced by email servers and social networking.
Another disadvantage is that it makes personal information venerable most of the time as some information becomes exposed to hackers on the internet and on the personal computers.
Information technology has bring about an extra expenses on companies, apart from the cost of hardware and software, most service vendors allow users to purchase a license for each employee that will be operating the system