admin@techlookat.com
Technology has now gotten to the stage where atoms and molecules of a matter are controlled, Since the technology industry is growing so fast and things are made to be smaller and smaller day after day. The word “NANO” was coined from a scale which is ten to the power negative 9 of a meter. 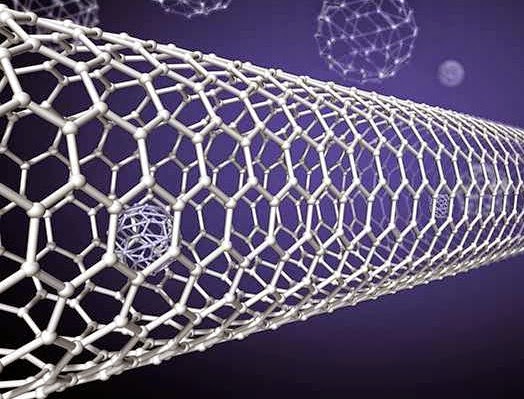 Nanotechnology is said to be the manipulation or interaction of molecules of an atom so as to be controlled. Atoms and molecules cannot be seen with the naked eyes even some microscope can still not see the molecule of an atom but now we are talking about controlling them.
Nanotechnology has been traced back to the early Romans where artist use gold and silver to decorate glasses, but the artists then do not really know they were manipulating the molecular structure of the material they were working with. Nanotechnology was later used in fabrication of products. Richard Feynman has been said to be the father of nanotechnology as he discussed the possibility of manipulating atoms in 1974 and the word nanotechnology was first used by Norio Taniguchi in the year 1974
APPLICATIONS OF NANOTECHNOLOGY

Nanotechnology is a very broad and fast advancing technology with different fields which include molecular biology, organic chemistry, microfabrication, surface science, nano-robots and so on. Countries like America, Europe and Japan have been investing a whole lot of money in nanotechnology as it has versatile applications. Nanotechnology is applicable in the medical field, chemical engineering, in biology and in robotic engineering. Products of nanotechnology have been used in the reduction of the effects of oil spillage in the aquatic habitat.
Most of us use  screen touch Smartphones, the screen of these Smartphones are made from nano-components suspended in liquid at an atomic scale that tend to manipulate their connection when they are touched
Nanotechnology has also helped in authentication in currency as there are some images on them that tend to change when they are placed in a different angle of light. These are made by placing nana-particles with different colors in a specific pattern so they can change with change in the angle of emerging light rays.
In the medical field, nanotechnology has been efficient as there are “nanobot” that help in surgeries, repair of capillaries and the evacuation of blood when there is an internal bleeding. Some scientists have been working with nano-particles that make living cells to regenerate this helps in the repair of cracked bones and cartilages. Some nano-drugs help on capturing and disintegrating cancer cells.
Positioning molecule has been possible since 1999 due to nanotechnology, when Ho and Lee performed an experiment at Cornell University. They moved molecule of carbon monoxide (CO) to the atom of iron (Fe) and created a chemical bond between them by applying voltage. (This might have been what ironman did in ironman two and created a new element).
Scientists at Bar Ilan University in Israel have taken nano-robots to a new level as they programmed DNA strands to fold and unfold and they injected this DNA into a living cockroach. The programs on these DNA strands were simple as they fold and unfold to release a molecule. This is said to be the first time biological therapy match computer processors.
In electronics, some electronic components are made from nanoscale wires like the MOSFET, Integrated Circuit (IC) even in Processors.
POSSIBLE IMPLICATIONS OF NANOTECHNOLOGY

Some nanoparticles may be dangerous to our health and environment, as some nanoparticles when not disposed properly kill microorganisms which are supposed to be responsible for decompositions resulting to an incomplete natural ecosystem.