admin@techlookat.com
The Nigeria Company Orbra is set to launch sets of smartphone on the first day of October being the country’s Independence Day, now we will talk about the reasons to use these devices and their spec. advantages. 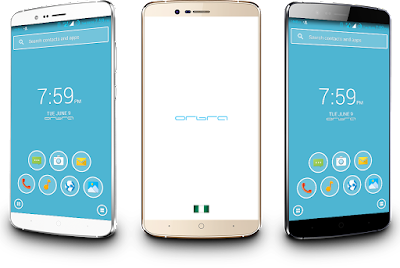 First we talk about the device battery life:

What is a smartphone without a long lasting battery? Definitely just an anger generating device *lol* while these devices (especially the Orbra Eve) which has a battery capacity above 3000mAh. This is enough for an average user to surf the internet for a very long time, and for my game loving friends; these devices will give you a long gaming experience.
Secondly is the device configuration
These devices especially the Orbra Eve have a powerful chipset. Good enough for user who have the extension to use the device for gaming and for programming. If truly Samsung Galaxy S6 can be used to hack the security database as done in a highly pirated computer hacking based serial movie “Mr Robot” then it is because of its chipset performance.
Again they come with 3GB RAM and internal memory up to 16GB. This is a lot for game lovers and more than enough for an average user who will just want to change launcher and check on Facebook and Tweeter updates.
So I’d recommend this device for game lovers and programmer and definitely for my social media followers
Third is the OTA update ability:
These devices have been confirmed to have the OTA update ability. So many of us who don’t know what that means, the OTA allows the device operating System to be updated to the latest update. As the devices come with the Android lollipop 5.1 and the Android M is just a few days away, devices like this with the OTA update ability could be updated to android M when it arrives.
So for update lovers like me, Orbra devices are up for you.
The fourth is the Camera:

Each of the Orbra devices has a high range camera for a perfectly set selfy. The Orbra Avalanche comes with a 13Megapixal rear camera and 8Megapixal front camera. This is perfect for a magnificent selfy
The fifth is the price:
These devices are high end devices, with similar features as Samsung Galaxy Experian and LG devices. Getting the at an average price of N50, 000 (about $250) for the Orbra Eve and N45, 000 (about $225) for the Avalanche. Compared with the price of similar high end devices, it is on a very good side.
With this I will say the price of these devices is another good reason to get one for yourself and loved ones; possibly as a gift during this festive period.
Conclusion: you should not let this opportunity pass you by. You definitely should rush down to their official site Orbra.net to make your pre-order as the countdown is still on.