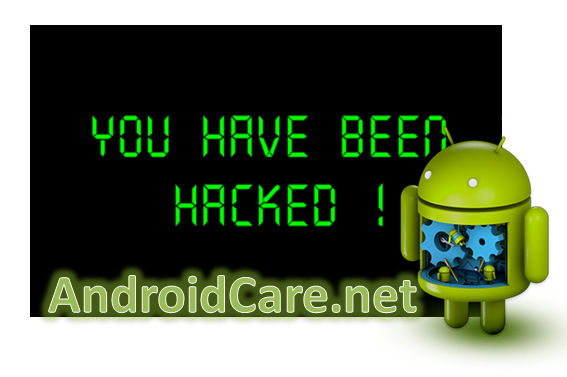 There have been a lot of impressions from the Hollywood, where android devices like tablets and Samsung S6 (in the case of Mr. Robot) are used to hack.

Well a lot have said it is not real, but I’ll say in every rumor there is an atom of truth. So with this I am giving you a strong guaranty that there is are more than an atom of truth in this.
Linux is regarded as the best operating system for ethical hacking and penetration testing also called pentesting. There are various hacking apps available for Android, as it is a Linux based operating system. If you want to test out vulnerabilities and find bugs, you need a solid hacking tool to back your research up.
Below is a list of Android hacking applications that will convert your Android device into a hacking machine.
AndroRAT
AndroRAT is a remote administration tool for Android devices. In other words, it is basically a client server application. The aim of the remote administration tool is to give control of the Android system remotely and retrieve information from it.
FULL INSTRUCTION ON HOW TO USE AndroidRAT
SpoofApp
(Phone call only) SpoofApp let’s you to place (spoof) calls with any caller ID number. You need SpoofCards to spoof calls, which are sold separately. It also includes some other features such as voice changer, which allows you to change your voice while using it. Additionally, it also allows you to record the whole conversation. You will receive a free 5 minute SpoofCard when you install the app for the first time.
DOWNLOAD HERE
Network Spoofer
Network Spoofer is another good app that allows you to change the website on other people’s computer from your Android phone. You need to download the Network Spoofer app and then log onto the Wi-Fi network. Choose a spoof to use with the app then tap on start. This app is considered as a malicious hacking tool by network administrators. So, it is advisable to not try this on unauthorized networks, as this is not a penetration testing app. It is just to exhibit how susceptible the home network is.
DOWNLOAD HERE

Faceniff
(Facebook only) Faceniff is basically used to sniff the Facebook ID over the same network. For instance, if you are on the same network and your Faceniff is turned on, then it will sniff all the Facebook IDs that are logged in from the same network. Since this is a paid version, you need to pay for this on the internet.
DOWNLOAD HERE
WhatsApp Sniffer
(For WhatsApp only) This tool can be used to hack private WhatsApp chats, pictures, audios and videos of your friends who are using your Wi-Fi Hotspot. Disable your antivirus before using this app, as it is detected by antivirus.
DOWNLOAD HERE
APK Inspector
The goal of this project is to aide analysts and reverse engineers to visualize compiled Android packages and their corresponding DEX code. APKInspector provides both analysis functions and graphic features for the users to gain deep insight into the malicious apps. You can also get the source code of any android application and edit it in order to remove credits and license.
DOWNLOAD HERE
dSploit
dSploit is a free penetration testing suite developed for the Android operating system, which comes with all-in-one network analysis capabilities. It can be used by anyone in order to perform a number of advanced network related tasks. It also contains a number of powerful functions that allow you to analyze, capture, and manipulate network transactions. You can scan networks for connected devices, identify the operating system, running services and open ports on each device, as well as check them for vulnerabilities. The app is designed to be very fast, handy and easy to use.
DOWNLOAD HERE
Wi-Fi Killer
This app allows you to block a person from using your Wi-Fi network. You can disable internet connection for any device that is present in your Wi-Fi network.
DOWNLOAD HERE
DroidSheep
DroidSheep is also one of the free best application for sniffing the sessions over the network. Similar to Faceniff, it not only sniffs the Facebook sessions but also other sessions.
DOWNLOAD HERE
Eviloperator
(Phone call only) This app connects two person automatically in a phone call, which makes them believe that they have called each other. The advantage of this app is that you can record and save the conversation.
DOWNLOAD HERE
Some of the apps given above may work only on rooted Android smartphones. We have given links for the App download, however download the app at your own risk. If you are not familiar with pentesting, theses apps will do you no good.
you can kindly mention any other app which you may like for research/hacking/pentesting and we will include it in our future posts.
Feel free to post a comment if you got stock in any action at all.
For more real-time update on the latest cheats and tricks Endeavour to join our group on Facebook “ANDROIDCARE.NET”
Don’t forget to share this article with your friends on Facebook, twitter and so on.