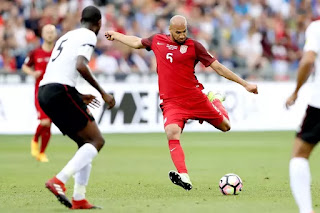 Facebook Inc., Twitter Inc. and Snap Inc. are seeking online rights to video highlights from next year’s World Cup, soccer’s most popular tournament, according to two people familiar with the matter.
The companies have offered 21st Century Fox Inc. tens of millions of dollars for rights to highlights from the Russia-hosted games that air in the U.S., according to the people, who declined to provide more specific terms and asked not to be identified because the talks are private. Fox hasn’t decided whether to sell exclusive rights to one buyer or to spread them around.
Social media’s growing interest in video, including sports, gives Fox a potentially significant new revenue source for the games as well as a tool to promote its coverage. Fox holds U.S. rights to the quadrennial event, and will air games on broadcast and cable TV. The company paid a reported $400 million for multiyear World Cup rights.
To read full article – https://goo.gl/VN4XHm